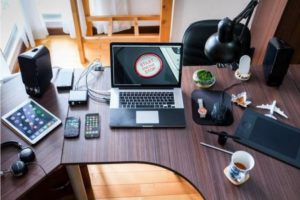 On January 30, the WHO declared COVID-19 (C19) a global health emergency. In the 9 weeks since, the lives of most everyone in the developed world has been radically altered.

Beyond the destabilizing personal and social impact of C19, the pace and breadth of these changes across the business world have been profound. As ones who’ve lived and invested through the dot-com bust and the Great Recession, as both company operators and as venture investors, we’ve collected our thoughts on some of the trends we see emerging from this current moment and how these shifts will inform future investment opportunities for venture firms and Limited Partners alike.

One of the clear early winners of the WFH boom has been the videoconference and team collaboration  platform providers and those companies providing related tools and services. As one oft-cited example of this, video conference company Zoom recently achieved a market cap of $45 Billion, making the 9-year old company worth more than General Motors. Granted, Remote Workforce Collaboration has been an active trend for some time — and a core investment theme for us at Catapult — as companies have increasingly sought to decouple their human assets (employees) from their physical assets (expensive offices.) This desire by enterprises, traditionally focused on cost containment, is not a new one. What’s changed has been how these same companies are recognizing more of the strategic advantages, not simply the cost advantages, in spinning up remote teams — i.e., speed to market, employee flexibility, the ability to access global talent pools, etc. While C19 clearly did not launch the remote workforce revolution, it has accelerated it dramatically.  As we exit this crisis, we expect the imperative to be ‘global from day one’ for many companies will become part of the standard operating playbook.

This will accrue to the benefit of not only those tools and technologies that facilitate these transitions, but to emerging tech ecosystems across the globe that can offer emerging growth companies many of the same advantages of a dominant tech hub, but with greater flexibility and at a fraction of the cost.

Digitally native brands — those born on the web untethered from brick and mortar origins — is not a new phenomenon. Yet, it was only in the past decade that brands like Dollar Shave Club and Casper became household names and established in the business world firmament the direct-to-consumer (DTC) category. My partners and I were early investors in both Casper and Dollar Shave Club. Dollar Shave Club cleverly bypassed the Byzantine channel conflicts inherent in the razor blade industry and is credited with pioneering the now-ubiquitous subscription ecommerce model. Casper jettisoned the painfully inefficient and expensive showroom sales model and offered no-questions-asked returns policies to gain early adopters. Predictably, in the wake of the huge successes of both DSC and Casper, there has been an expansion of the DTC playbook well beyond CPG. Neobanks or challenger banks are one example from the Fintech world but there are many others. We expect to see a continued and rapid expansion of digitally native brands that will sweep across dozens of categories and sectors where, heretofore, such brands were not considered viable.

As discussed above, the C19 age is rapidly decoupling physical assets–be they office space, showrooms, bank branches, or retail stores–from the sale of goods and services. For some time now, consumers and businesses have been increasingly comfortable transacting in a virtual world that offered little to no human interaction. However, what we now see are more consumers and businesses preferring to transact that way. For many, the less human interaction in a transaction, the better. As such, today’s virtual experience is no longer considered a poor replacement for an in-person transaction; it’s often considered an improvement over it.

Roughly a decade ago, a new wave of Virual reality/Augmented reality (VR/AR) technologies emerged, generated a great deal of interest and fanfare in the tech community, and went on the raise sizable amounts of venture capital. One notable company, Oculus, went on to be acquired by Facebook for roughly $3Bn.  Shortly thereafter, however, investment activity in the sector cooled significantly. Candidly, many of the early technologies were still quite crude: serviceable enough to play certain games but not of a professional grade sufficient for most business applications. Unable to shake the market impression that they were niche-y toys, most of these technologies were not deemed serious or reliable enough to become mainstream. However, C19 is now fueling a renaissance in the VR/AR space, which now includes other fields in the broad “immersive experience” genre. This renewed interest in VR/AR technologies is spurring new investment and innovations designed to shed the “gamer” associations which bedeviled prior VR/AR technology generations. We expect to see a new crop of companies (and new investments) focused squarely on developing hardware and software solutions aimed at vastly improving the current state of VR/AR and, in so doing, extending into new categories and applications within enterprise/business services and ecommerce heretofore not considered practical or viable for prior VR/AR solutions.

One bright story which has been lost in the drumbeat of dour C19 news has been one of how a tiny country on the Baltic Sea not only managed to effectively weather the C19 crisis, but how it is leading the way for other nations on how best to protect itself from the next one. That nation is Estonia. At the onset of the crisis, Estonia did what most other European countries did. It closed its borders, shuttered its schools, and prohibited the operation of businesses where people gathered. While Estonia still experienced C19 casualties, it did not experience civil unrest. Perhaps it is because Estonia’s economy is almost entirely digital and, as it happens, one of the nations best prepared for the consequences of a pandemic. Most of Estonia’s government services are entirely digital. Voting is done online, and a single piece of I.D. stores a citizen’s person information, which includes health, tax and police records. Except for marriage, divorce, and the transfer of property, every other transaction can be (or must be) done electronically. As such, when the government ordered its citizens to work and study at home, it cause barely a ripple. As we exit this crisis, we expect to see renewed interest and investments in the broad GovTech space; technologies and that facilitate the migration of municipalities — and, indeed, entire governments — to predominantly (or exclusively) online services and solutions.

On a personal level, we have all learned, at rapid speed, how much can be moved online with minimal friction. The C19 crisis has forced so much into the virtual sphere that it has unquestionably caused a reappraisal of what being “virtual” means and its value to both consumers and enterprises. For decades, “telecommuting” was often viewed skeptically by many traditional corporations. Employees that telecommuted — either for necessity or lifestyle reasons — were often viewed suspiciously by management and even fellow employees. Were they really working the hours they insisted they were working? How effective were they outside the office? How could they possible be ‘in the loop’ when not physically in the office and privy to the water cooler conversations that often sets a company’s culture? Would their ‘virtual’ status hurt them when promotions were on the line?

C19 is not going to settle all those issues, but it is lending a legitimacy (and, now, urgency) to telecommuting and is elevating the practice. More seriousness is be given to virtual work and virtual teams. Millions across the globe are, at this very moment, upgrading their WFH set-ups and creating virtual Zoom backgrounds. Millions more are finding that they have been surprisingly productive in a WFH context and are rethinking the traditional ‘5 days a week in the office’ routine which defined much of their professional lives. Across the country, companies are evaluating how when the crisis lifts whether it makes sense to reconstitute their teams entirely back in their offices as they existed pre-quarantine or, perhaps, shift to flex time.

Companies around the world are having these conversations. By their very nature, tech companies have more experience working with distributed teams. As such, their transition to even further virtualization and distributed workforces will be easier. More traditional companies that have been reliant upon the classic centralized workforce playbook and have struggled to adapt to the recent WFH mandates will continue to experience challenges, but the evolution is decidedly taking place.

6. The Virtualization of (almost) everything

Finally, as discussed above, the rapid migration of so much of what we do and how we interact to a virtual context is stretching our notions of what can exist virtually and what cannot It will also lead to new categories of experiences that will exist only in a virtual context. As VR/AR/Immersive Experience technologies improve, they will no longer be utilized to replicate a poor facsimile of an experience better had in person and in real time. Peloton is one company that’s pushing the boundaries in the fitness space by creating a user experience that’s more than just a grainy virtual reproduction of what attending an in-person spin class would be. Peloton — not a Catapult portfolio company; we’re just fans — has integrated novel technologies and features that create a rich user experience that even the most highly advanced state-of-the-art fitness facility would find difficult to match. Nowadays, fitness centers are scrambling to add technology features to their facilities to compete with Peloton.

Given the rabid devotion of many of Peloton’s fans, the Company is clearly doing something right. Beyond just virtual representations of a brick a mortar experience, we expect to see a wave of new experiences — in entertainment, sports, education, healthcare, etc — designed entirely to be consumed virtually, with no brick and mortar counterpart. These experiences will leverage the idiosyncratic advantages of being virtual to make them unique which, by their very nature, will create competitive moats.

In conclusion, as saddened as we are by the human and economic toll of C19, we at Catapult remain sanguine about the future of tech innovation and the investment opportunities that will emerge from this crisis. The themes discussed here are just a handful of the trends and behavioral shifts that we are already witnessing and serve as a harbinger for what’s to come in the months and years ahead. We believe these themes will present enormous market opportunities for those investors and company leaders that stay the course.

As a famed investor commented during the last market reset, fortunes are made and lost during times of transition. The ‘fortunes made and lost’ part is a bit premature to assess, but we are certainly undergoing a time of profound transition. If history is any guide, the tech sector will withstand current market headwinds better than most and those investors and companies that remain disciplined and engaged will weather this storm and emerge stronger for having done so.