The Series A Gap in VC is Real and is Widening. Here’s Why… 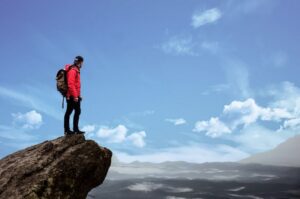 March 15 marks the unofficial one-year anniversary of the pandemic. In the year that’s followed, we’ve all read plenty of stories on ‘how our lives have changed’ and so forth. While true enough, there has also been no shortage of things that have clearly not changed over the past year. Moreover, there is now compelling evidence that many trends that were in evidence prior to March 2020 have only been exacerbated by the pandemic. The growing gap of Series A funding is another one of them. Here is our take:

As chronicled in my recent post, Traditional Late Stage VC Is Being Disrupted, there has been a 20x increase in the number of Seed Stage venture funds since 2009. This influx of new Seed stage GPs and the fresh capital they are deploying is having an effect that’s now becoming clear in the data.

The surge in Seed stage valuations, especially in established tech hubs like Silicon Valley, is one clear consequence of the boomlet in Seed stage funds. As we all experienced, the pandemic fueled an exodus of tech talent (and some notable investors) from San Francisco, NYC and other established hubs. It also caused rents for apartments and office space to drop precipitously — as much as 33% in San Francisco alone. Finally, there was also evidence that labor rates for tech talent dipped somewhat in sympathy with layoffs and the attendant freeing up of talent that that caused across the technology landscape.

But the collapse that in Seed stage valuations that some market observers predicted never materialized. Indeed, Seed Stage valuations surged throughout 2020 across all established tech hubs. While there are many reasons for this, a cause that cannot be discounted has been the record amount of Seed stage capital being deployed throughout the venture ecosystem.

Innovation in VC is long overdue, but not without consequences

To be clear, we are encouraged by the emergence of new players onto the venture landscape and we welcome much of the recent innovations in the venture capital asset class — from structural and organizational innovations (i.e., “Nano funds”, rolling funds, Angelist syndicates, solo GPs, etc), to product innovations, (venture debt and revenue-based financing solutions from the likes of Pipe, ClearBanc, and others.)

Venture capital has long been an opaque industry. That opacity traditionally favored a handful of legacy venture firms while constraining access to capital and mentorship to all but the most connected and geographically advantaged entrepreneurs. The prevalence of technologies enabling distributed teams and remote workforce collaboration, however, and the innovations in venture capital mentioned above are loosening those constraints.

Clearly, more GPs toiling at the Seed stage helps a greater number of startups secure their Seed funding, bring their products and services to market, and commence their journeys to becoming market leaders. Product innovations, for their part, offer more creative (and often less dilutive) solutions for founders than traditional venture financing can typically offer.

All this innovation in the asset class and the attendant influx of new capital at the Seed stage is all well and good with the exception that it creates a bit of an ironic paradox: As more capital flows into Seed stage, more startups get funded. That’s good.

The bad news is that as more capital flows into Seed stage, more startups get funded. These startups must then compete with so many other Seed-funded startups to secure their next financing round — typically, the crucial Series A. But what’s become of traditional Series A-focused venture funds? As a percentage of funds that make up the venture capital asset class, the number of traditional Series A-focused venture funds has been declining for some time.

Indeed, most of the growth in the number of new firms (and capital) has come primarily at the Seed stage and at the later stages — Series C and thereafter. Hence the barbell problem. And a Series A crunch.

Seed funds are typically good at syndicating but few are in a position to lead a Series A round.

In the current environment, most Seed financings (in the US at least) are typically structured as Convertible Notes, which is a form of debt, or SAFE Notes. The SAFE Note (simple agreement for future equity), an innovation pioneered by Y Combinator, has had a profound impact on Seed stage financing. (There are key differences between Convertible Notes and SAFE Notes but that would go beyond the scope of this post.)

In these types of Seed financings, the notion of a “lead investor” is a bit of a misnomer since investors all invest along the same terms. One investor may take the lead on negotiating the terms in a SAFE Note — namely, valuation caps and discounts — and conduct most of the ‘heavy lifting’ in terms of diligence; otherwise, all Seed investors participate more or less equally.

Lots of Indians; not so many Chiefs.

In short order the startup which successfully raised its Seed round must prepare to raise its next financing round. Often this is the Series A, although in the current environment there can now be numerous interim rounds after the first ‘classic’ Seed round and before the Series A. Those financings go by many different names— i.e., Seed 2, Seed Extension, Seed Prime and so forth. There was a time when such an interim round bore a negative connotation as it could imply that a startup fell short of its financial targets and needed more capital and time to become “Series A ready.” That stigma has largely dissipated in the current environment where there is an abundance of capital and funds that specialize in these post-Seed/Pre-Series A financings. (Bullpen Capital comes to mind here, but there are many others.)

Regardless of when the right time is to seek raising a Series A, many startups aiming to achieve that goal often face an uphill battle. While capital is plentiful at the Seed stage (relatively speaking, of course), Series A capital is far more scarce, far more competitive, and far more selective. This is made more complicated by: (1) the relative paucity of venture funds that specialize in leading Series A rounds; and, (2) the plethora of startups funded at the Seed stage that are now competing with each other for those relatively scarce Series A dollars.

2. Series A funds are demanding more traction from startups than in the past.

It’s often been joked that Series A is the new Series B. In this environment of plentiful Seed stage capital paired with a relative paucity of Series A investors, the milestones and metrics of what would have been expected from a Series A-ready startup a few short years ago won’t be sufficient for many Series A investors in the current environment evaluating startups seeking a Series A.

Some of this exists because the amount of capital startups raise now prior to seeking a Series A is often an order of magnitude greater than what it was a few years ago. As such, Series A investors expect more in terms of traction and other metrics given the Seed capital invested to date. And one cannot really blame them. At a time when AWS and many cloud-based and “off-prem” solutions have caused startup launch costs to drop dramatically, Series A investors want to see more traction, more validation, and more robust (and more sustainable) metrics.

Another unavoidable consequence of the decade-long tech bull market has been the ‘AUM creep’ of many legacy venture funds that traditionally focused on early stage investing. While there have been a few notable exceptions of established funds that have kept their fund sizes consistent over time, (Benchmark comes to mind here,) many renown funds have increased AUM significantly over the past decade — in some cases by 4x or more.

This is tantamount to a fund that was investing out of a $200mm vehicle in 2010 doing so from a $800mm fund today. That’s a dramatic shift, but not terribly unusual. While these same firms may argue that they still consider themselves early stage and that they still invest at (the occasional) Series A, there’s little argument that the pressure of deploying 4x the amount of capital that a firm managed a decade earlier inevitably involves prioritizing larger, later stage deals to justify the GP bandwidth.

We’ve been here before. In earlier market dislocations, funds saw the opportunity, raised vehicles, and filled the Series A gap. The dynamics are different now, however. We are undergoing an ‘atomization’ of the venture capital asset class. Entrepreneurs are most educated on capital raising than ever before and are solving for selecting the right investor over the brand. While VC brand still has impact, especially at Seed and early stage when the halo effect and ‘positive signal’ that a pedigreed firm can bestow upon a company can be palpable for recruiting and for raising follow-on capital, it is becoming less important as startups mature to mezzanine and later stages. Hence, we expect to see more solo GP and rolling fund investors operating independently of larger franchises.

We also expect to see a maturation of Seed stage firms in the coming years as those that generated meaningful exits in their inaugural funds will go on to raise subsequent vehicles that will almost invariably be larger then their debut funds — sometimes 2–3x larger. Many of those firms will begin leading Series A rounds. We also expect to see more later stage funds develop a ‘full stack’ strategy and launch upstream vehicles to target Series A and even Seed. Many late stage funds have learned the hard way that if they don’t have a way to access hotly competitive early stage companies via some proprietary path — like their own Seed or early stage fund — they may never get the chance at an allocation as those companies mature.

But for the moment we have a clear dislocation in the marketplace where there is an abundance of later stage and Seed stage capital with a great deal of ground in between stages where raising funding is enormously competitive, and will likely remain so for the foreseeable future. As one entrepreneur remarked recently, “it’s never been easier to be an Seed-backed entrepreneur in the current environment, but it’s never been more difficult to be an entrepreneur of a startup seeking to raise a Series A.”